Launch of the swisstopo vector maps

MapTiler Team has been working with swisstopo, the Swiss Federal Office of Topography, to develop a new vector map for the modern user. The Swiss data - processed into vector tiles with MapTiler tools - is combined with global maps from MapTiler Cloud and is available in the test version of the next Swiss GeoPortal.

Governments can supply authoritative geodata, to complement the extensive open data from sources like OSM. However, making the government data dynamic and interactive in the way modern users have come to expect is a challenge. That interactivity is powered by Vector Tiles.

The MapTiler Team supplied tools for data processing, hosting, and serving the map, as well as lending technical and cartographic expertise to facilitate the development of a new map for the next generation of the Swiss Geoportal. MapTiler will now assist the cartography team with further modernization work on swisstopo maps and projects related to Swiss open data.

MapTiler’s powerful data processing pipelines were customized for separate authoritative datasets produced by swisstopo, including external layers like street names and public transport stops. These datasets are regularly updated with the latest official information. With the current setup, swisstopo can update such layers and have them appear on the national map portal - in the official styles - withing minutes. 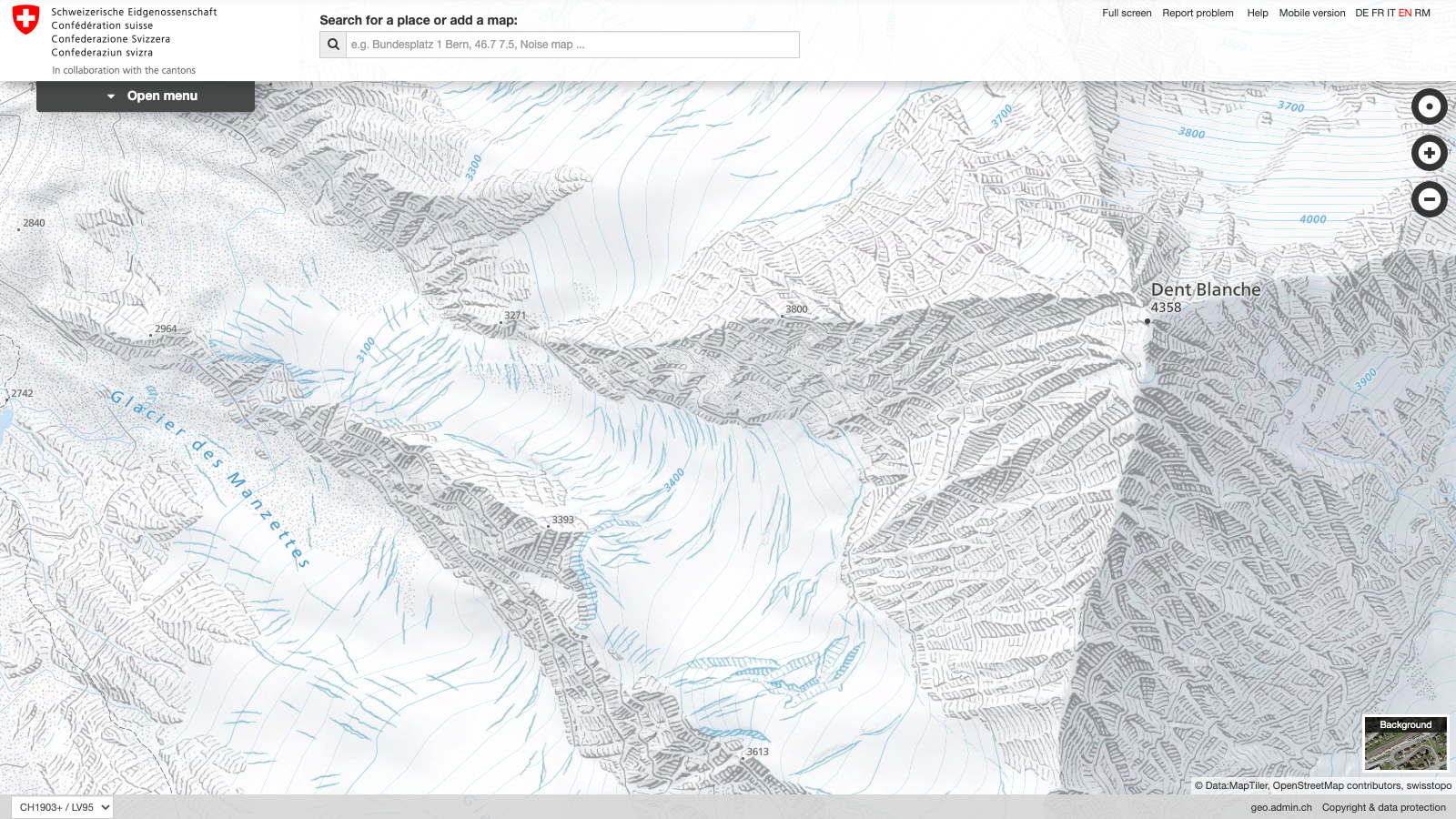 Switzerland also has some truly unique datasets to represent its mountainous terrain, including hand-drawn reliefs of cliffs and glaciers. MapTiler Desktop is used to process these raster reliefs, and could also be used to process aerial imagery, into map tiles. These data could then also be integrated into a dynamic map. 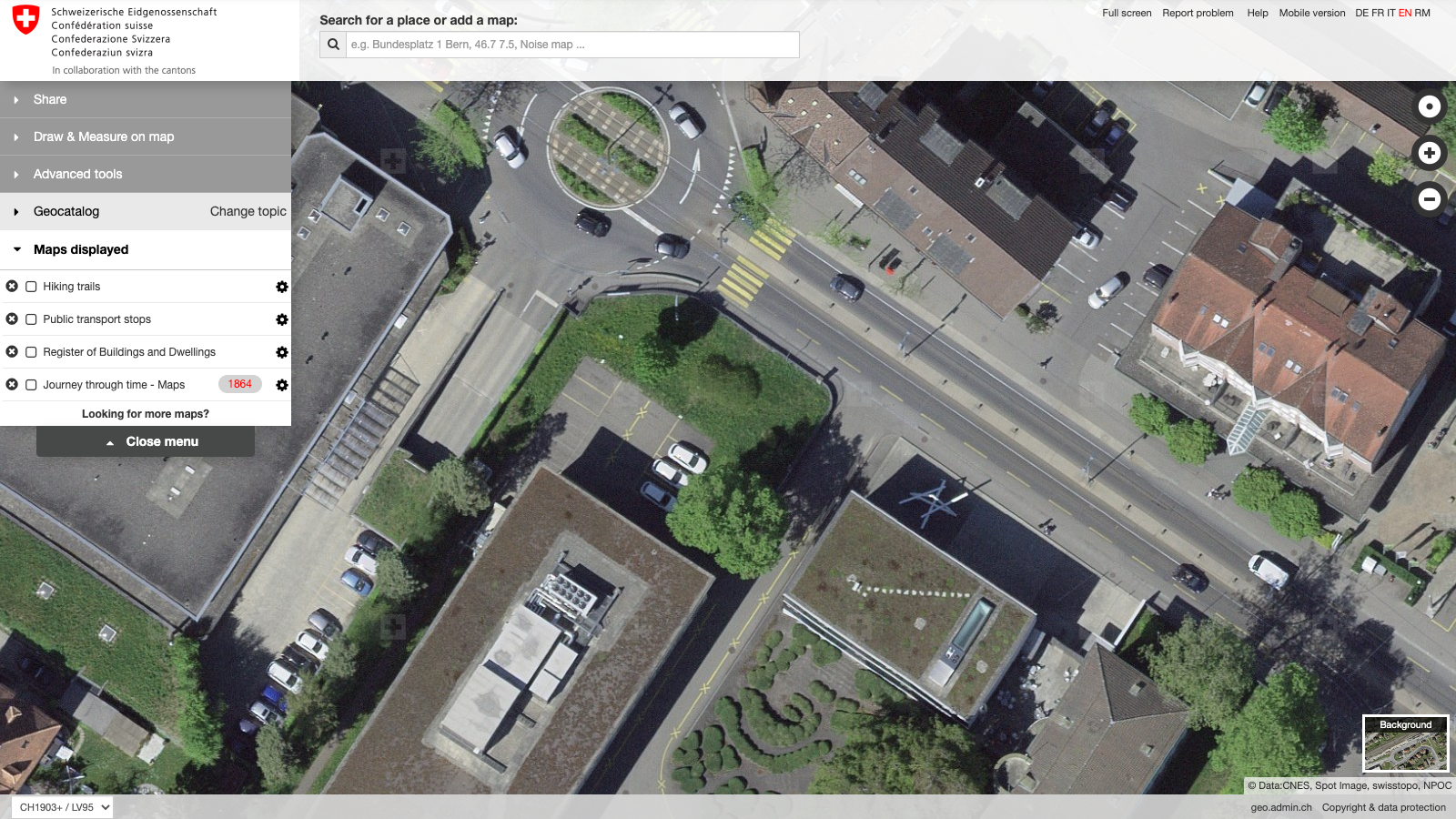 Swiss maps are world-famous for their detail, beauty and style, precisely because of features like the hand-drawn reliefs. In order to make the vector maps visually fit with these hand-drawn images swisstopo used MapTiler Cloud’s customize and advanced editor tools to create their own map style. The resulting new Light-Base-Map style is made to serve as a good background map for other government datasets. 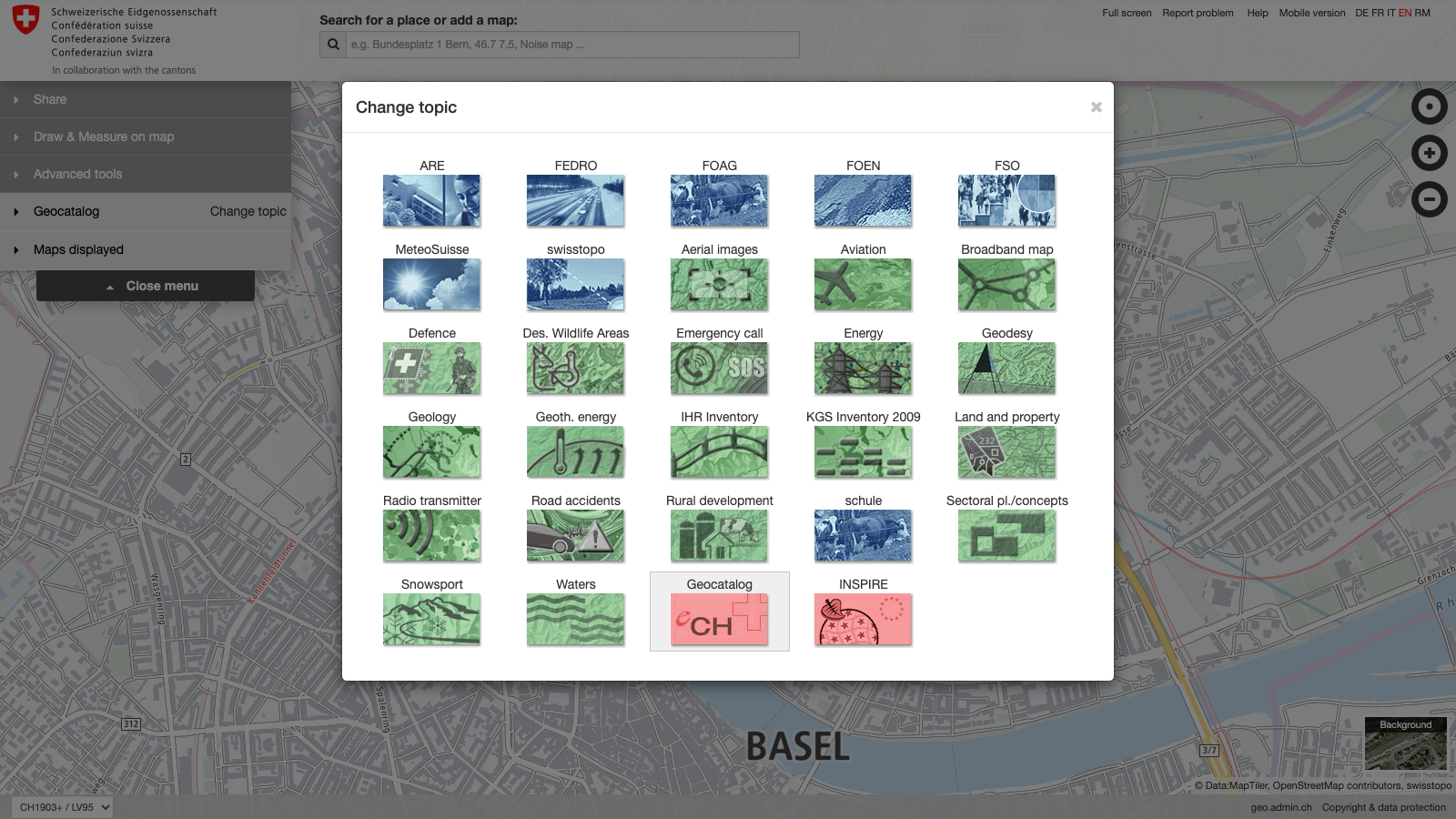 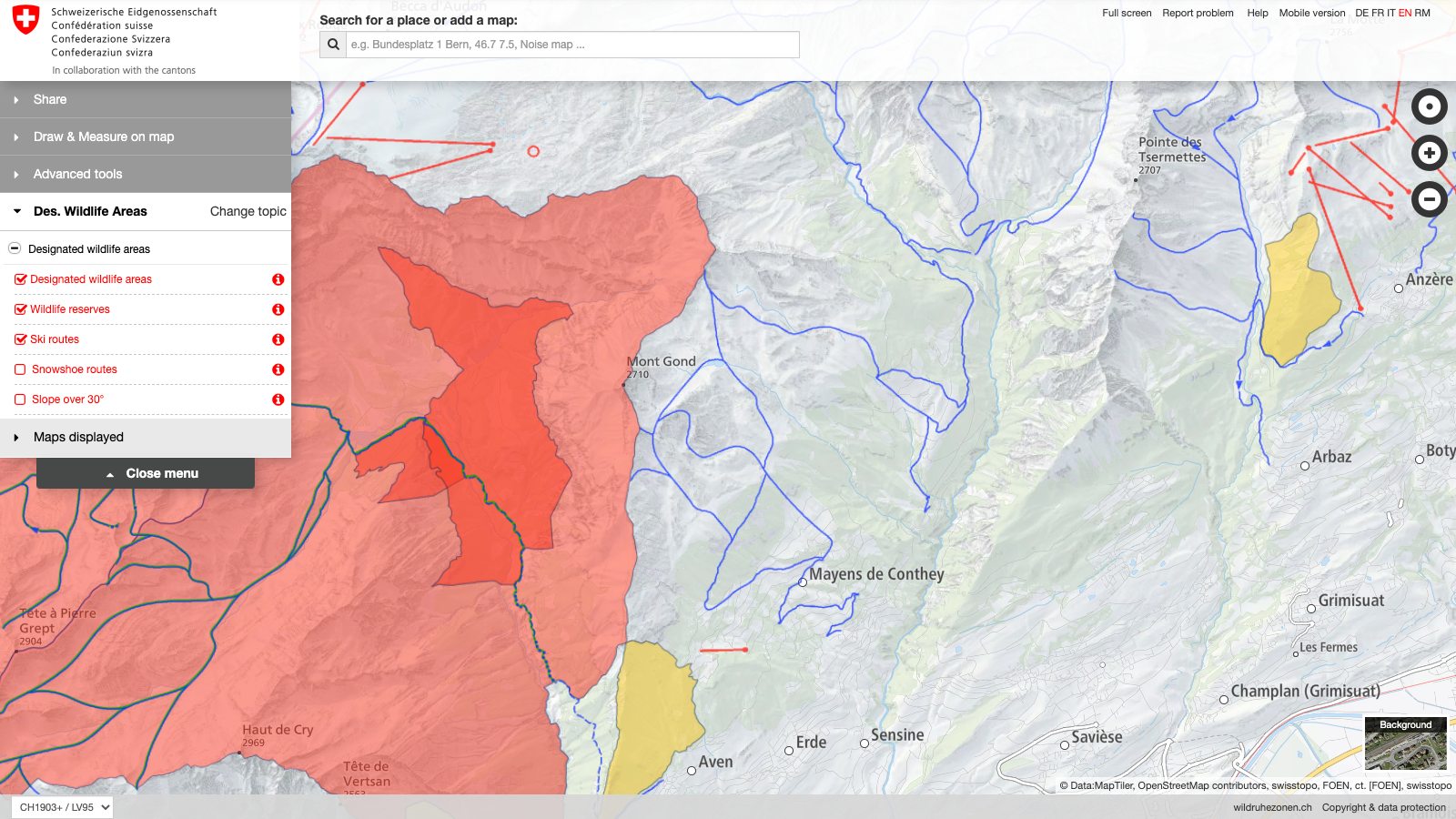 To get immediate feedback on their work, swisstopo cartographers run their own instance of MapTiler Server with live previews. All of this work produced a “Swiss” map style which can be applied to the whole world!

The updated official swisstopo basemap shows the whole world, while the older version cut off a little over the border. The global map is powered by MapTiler Data, served over MapTiler Cloud infrastructure, which is trusted by swisstopo due to its high reliability, security, and speed.

The MapTiler maps will now be provided to Swiss government agencies, along with the official swisstopo data. This means Swiss agencies can also benefit from unique MapTiler Cloud abilities, like being able to show disputed borders according to different national policies. This feature can be quite interesting for a country famous for neutrality. 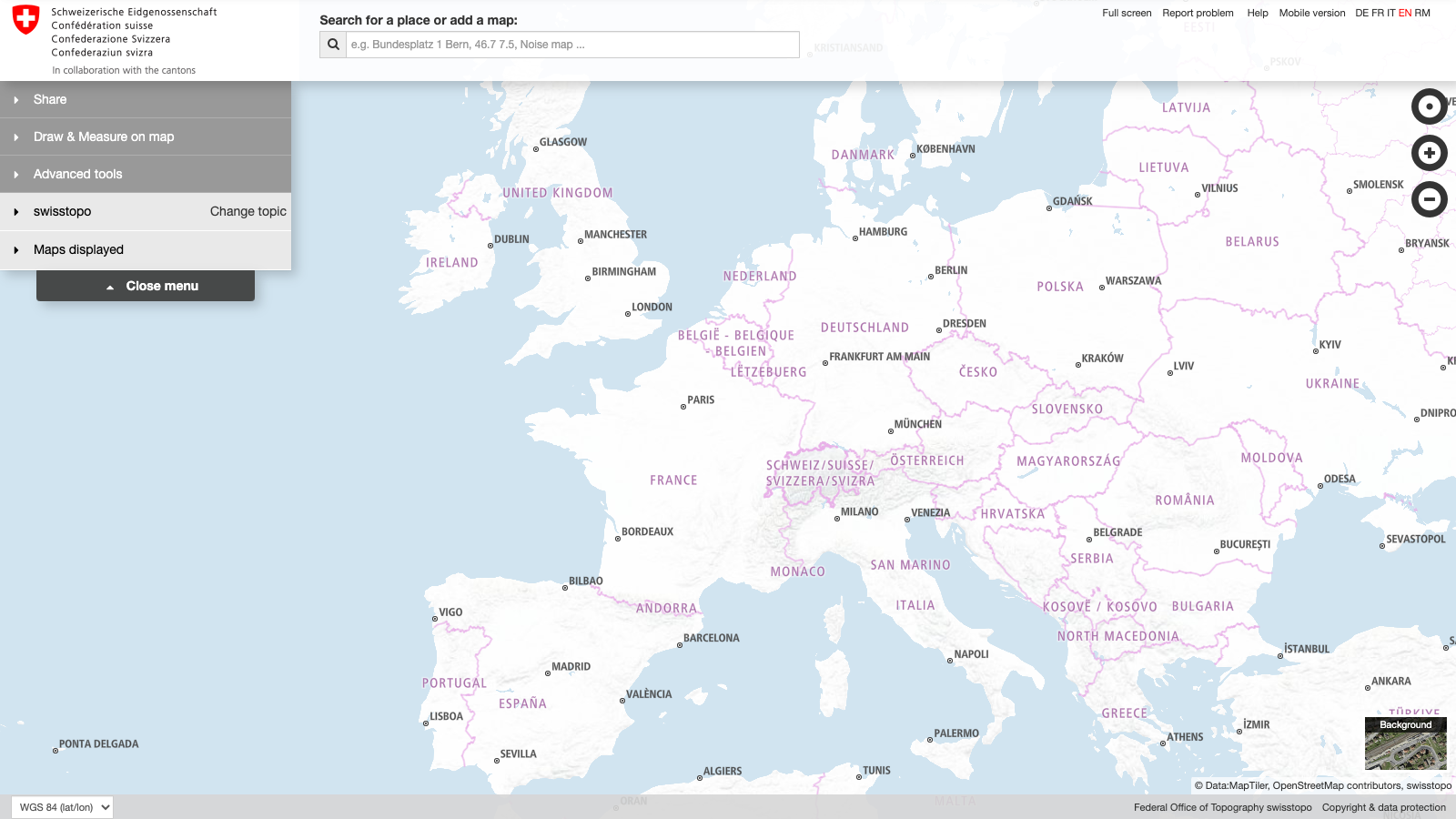 Meanwhile, the users of the Swiss Geoportal will have a seamless and modern map experience, while knowing they are looking at the best data from within Switzerland.

We are truly proud to have contributed to Swiss cartography with innovations developed by MapTiler.