The brand new MapTiler Server makes it extremely easy to deliver map services from your own hardware. Get map services for your web, mobile app, or desktop GIS software like ArcGIS or QGIS in a few clicks.

Serve maps from your hardware

MapTiler Server benefits people who have their own data and want to serve this data from their own infrastructure. Companies with strict security policies, government organizations working with classified information, or simply individuals or organizations working at locations without an internet connection can now set up their own map server within a minute.

“MapTiler Server is the simplest way to serve maps in tiled GeoPackage or MBTiles formats.”

Pre-generated tiles ensure that maps are loaded quickly and with no delays. The browser or desktop GIS software loads only the specific tiles requested, which are sent immediately, without a need to make additional database requests or do any on-the-fly rendering 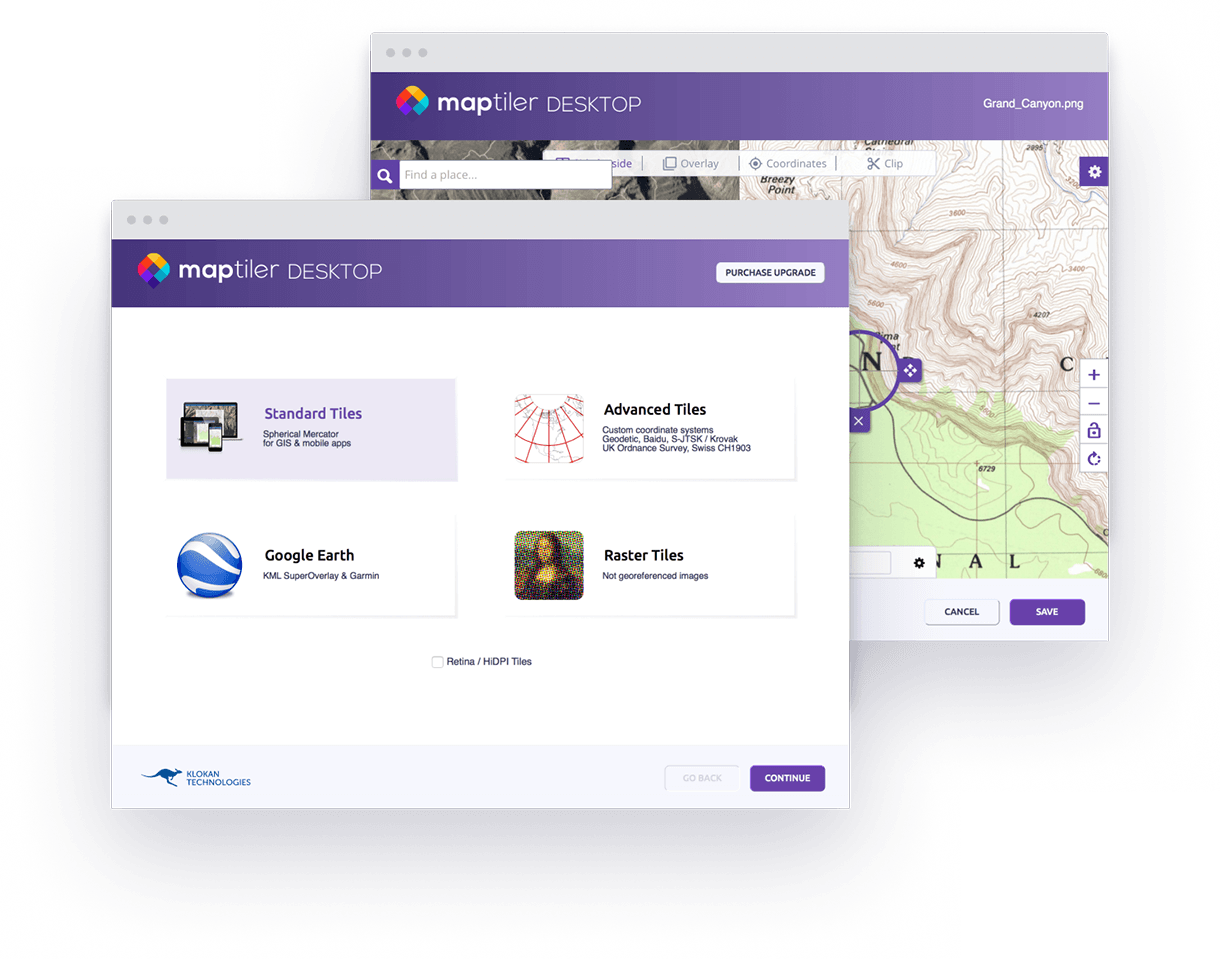 Raster and vector data in various formats including TIFFs, JPEGs, ECW, MrSID, ShapeFiles, or PostGIS data for regions, countries, or the entire world can be turned into map tiles using the MapTiler Desktop. Maps are served from tiled GeoPackage or MBTiles files.

A simple installer sets up the software in less than a minute, after which you can start adding in your own geodata. All datasets are visible via a web interface in the browser. It is easy to backup and/or move config files to a different server instance. 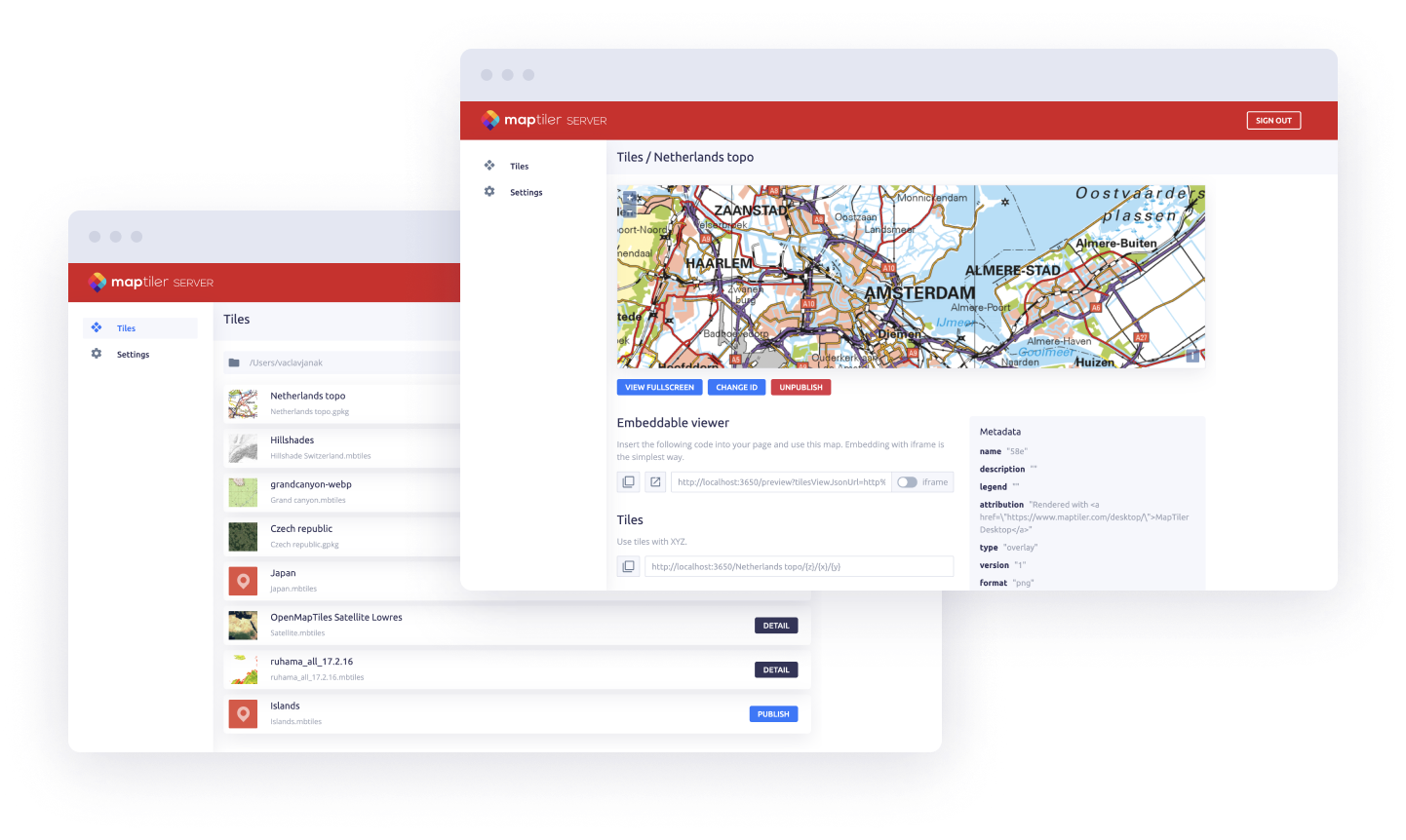 Viewing the data is possible via JavaScript viewers which are automatically generated for each dataset (OpenLayers, Mapbox Gl JS) or by using OGC standardized web map services (WMTS).

After you download the binary, you will be guided through a simple installation wizard on Linux, Windows, and macOS. The installation file is only a few dozen megabytes in size and has minimal hardware requirements.

You can add your own data by dragging and dropping to the home folder, which is defined during installation or in the config file. All datasets are visible in the web administration immediately after pasting to the folder, without the need to restart the server. 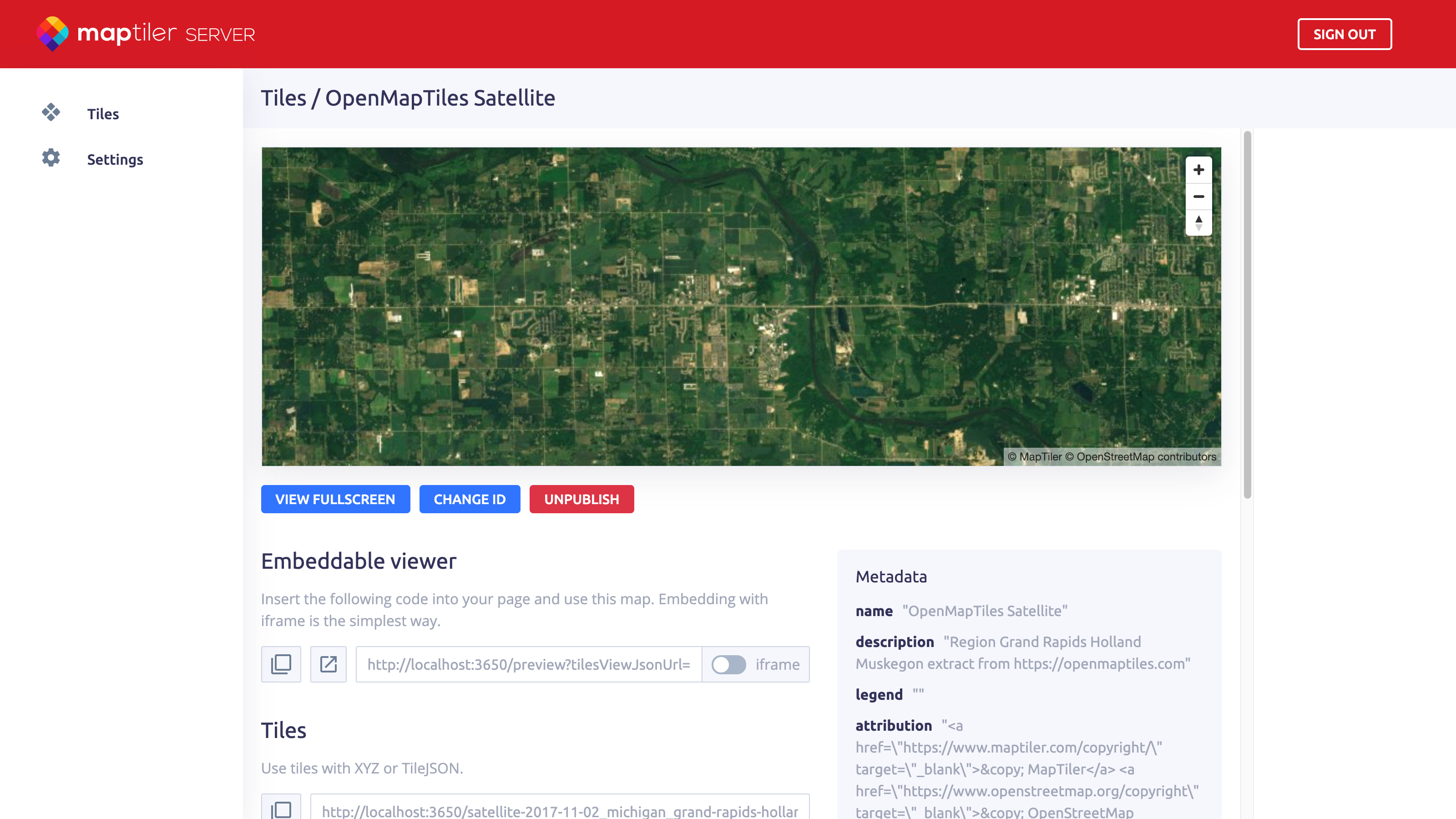 MapTiler Server can also be launch behind Nginx or Apache servers. This is the recommended setup for deployment in the production environment.

On Linux, it is possible to run MapTiler Server as a systemd service. For more information, read the how-to.

Install on your computer for free

Get MapTiler Server for free and start serving geodata from your infrastructure today.