Maps for Czech users and companies

MapTiler proudly announces the launch of MapTiler.cz with services perfectly fitting the needs of Czech companies and developers.

Street and satellite map in the Czech language

Names of the cities, countries or mountain ranges are now available on MapTiler Cloud in the Czech language or automatically changed to more than 60 other languages based on the user’s browser preference.

Customize tool can change the map design in a few mouse clicks to fit your company’s brand.

Streets, topographic, as well as many opaque maps for displaying own data, are available on MapTiler Cloud. Customize tool can change the map design in a few mouse clicks to fit your company’s brand.

Hiking map with color-marked trails, typical for Czech cartography, is about to be released.

Maps in labels in the Czech language

The high-resolution satellite map of the USA and Western Europe is being complemented with aerial imagery of other important regions. Prague is the first city in Czechia with high-res satellite imagery. Feel free to zoom to beautiful Prague Castle or Charles Bridge.

Government agencies and companies doing business with them are required to use S-JTSK coordinate system according to the law.

MapTiler offers vector tiles base maps in S-JTSK, which is sometimes nicknamed Křovák after its creator. Processing own data in this coordinate system is possible with the new MapTiler Desktop 10.3. 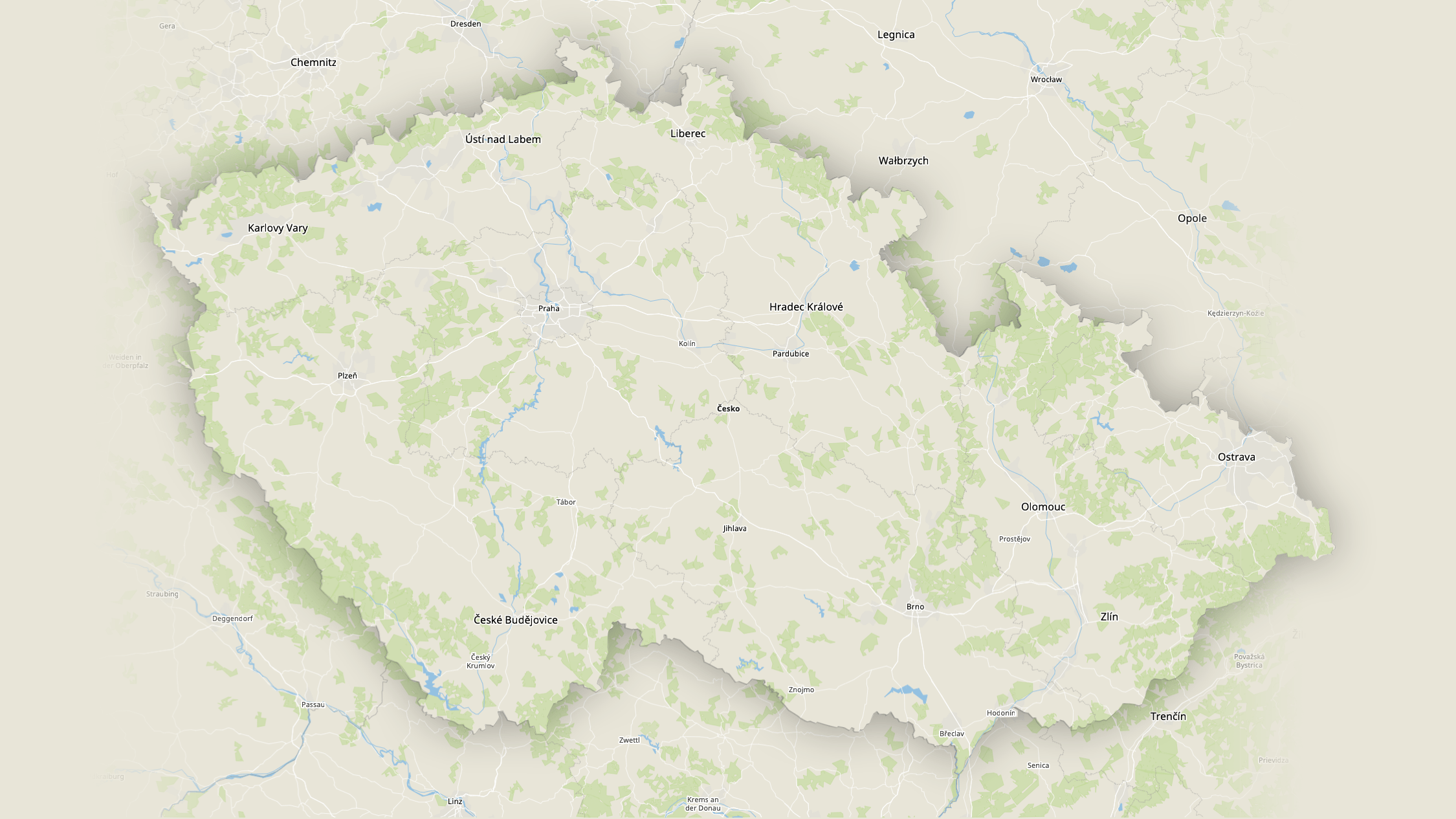 Base map in S-JTSK, nicknamed as Křovák after its creator. Note the most southern part on this map seems to be in the eastern part of the country - Moravia. This is a typical sign of the S-JTSK coordinate system.

Create a free account and start using maps with Czech labels and in S-JTSK map projection.