High-resolution aerial imagery of the U.S. is now available in MapTiler Cloud. Some of the most populated places have a resolution up to 8cm per pixel, the minimum is around 1m per pixel.

The whole U.S. in high-res

The whole dataset contains data for all the contiguous states of the USA. They are merged together and tiled into standard raster tiles. The resolution is up to 8cm per pixel in big cities and a minimum of around 1m per pixel for the rest.

We processed data from the National Agriculture Imagery Program (NAIP) and HRO program of the United States Geological Survey.

Most of the images are quite recent from 2016 and newer, however, you can find older images in some, mostly remote, places.

From 80 Terabytes of data to seamlessly color-toned map

To get a seamless map, we have processed over 80 Terabytes of data, stitch them together and subsequently split them into regularly shaped map tiles. To get this happened, we used the power of MapTiler Cluster, which divides the work into a cluster of computers.

The biggest challenge was to get the right color toning across all the states. Sources contain data from various years and seasons, each taken under different light condition. The goal, seamless transition while zooming and panning across borders, was in most cases met. However, there are still areas where the transition is visible. This is something we will be still working on - by both adding new data and improving our color correction algorithms. 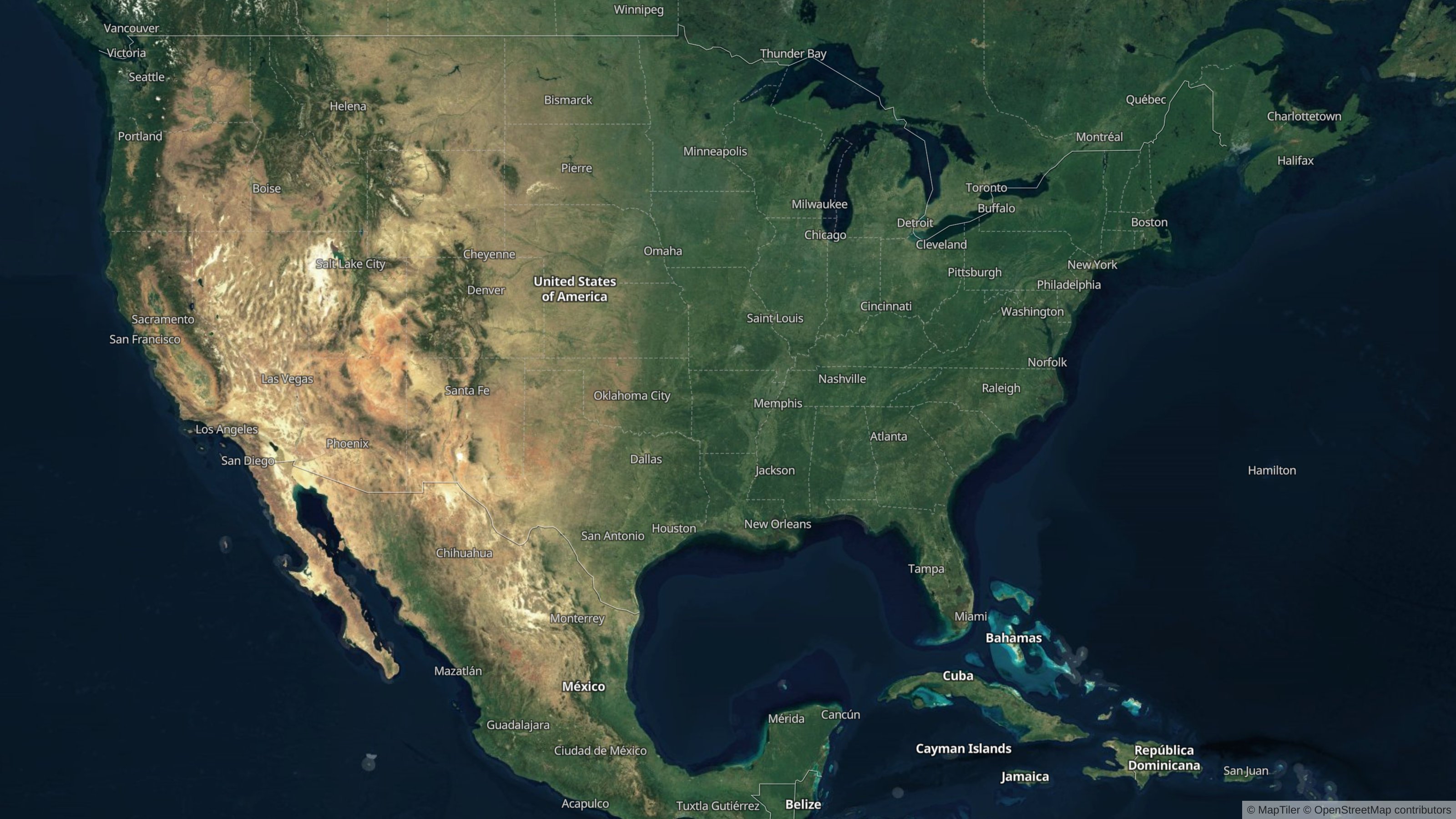 We have data for all the contiguous states of the U.S.

Tip: get free Maps API to use these data on your web using JavaScript or Static Maps API or in a mobile app using SDK with MapTiler Cloud.

Tip: create own map by rendering own data like this using MapTiler Cluster.