The new release of open-source project OpenMapTiles 3.8, which offers world maps based on OpenStreetMap, brings evolutionary steps rather than revolution. However, a significant number of small-scale changes in the transport layer, water, and other features improves the map look significantly.

Navigating through multi-level stack interchange could be challenging. Having a map representing all the layers is very helpful at that moment. Therefore, we imported the so-called z-index into OpenMapTiles 3.8 and made a map style which transparently navigates you visually through all roads even in the complicated crossings called spaghetti junction. The downside of this solution is the size which rises about four times compared to the same style without multilevel crossing. It increases computing requirements for saving into a database, downloading, parsing and rendering and therefore it is not switched on in the base styles. What stays turned on by default is another new attribute: bridge polygon.

Turn-by-turn navigation is easier with 83 000 imported one-way roads and flexibility to use different types of transportation has been extended by adding tube entrances and other stations. 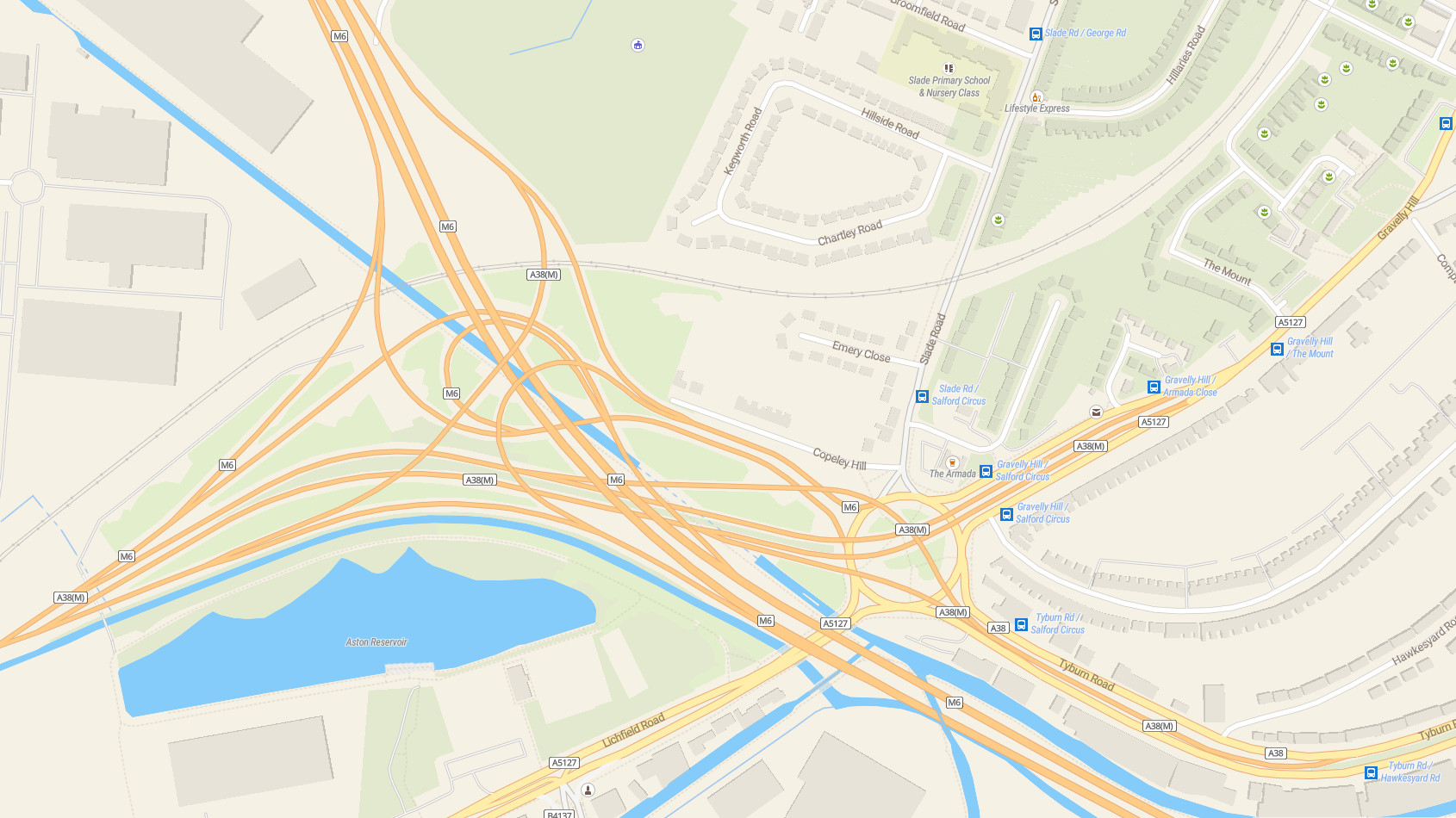 The intersection which was first nicknamed as Spaghetti Junction: Gravelly Hill Interchange in Birmingham, England.

The water layer was enriched by layered features as well. With the new OpenMapTiles release, water bridges and functioning aqueducts are presented in the data as well as in the styles. The same is true for underground watercourses, where streams flowing in culverts or caves are now rendered as a dashed line, which is a common representation of this kind of features.

In the previous versions, there were missing labels for some bigger water features, namely seas. Since version 3.8, there should be a label for the Caribbean Sea, Mediterranean Sea, Caspian Sea, Sea of Japan, Celtic Sea and the Chukchi Sea. Also, bigger bays like Bay of Biscay or Gulf of California are now displayed.

There is a culvert under the famous Nieuwmarkt square in Amsterdam, the Netherlands.

One of the significant features which made it to OpenMapTiles 3.8 is sand and beach in the landcover layer. It is also possible to distinguish religions in the places of worship. Some people were confused by borders around leased territories and therefore it is now switched off by default in the styles. This is the case of the Guantanamo Bay Naval Base or Baikonur Cosmodrome, where the second one is leased to Russian government until 2050, but it is located in the heart of neighboring Kazakhstan. The leased area has an oval shape measuring 85 and 90 kilometers in diameter.

From Wikipedia: The spaceport is currently leased by the Kazakh Government to Russia until 2050, and is managed jointly by the Roscosmos State Corporation and the Russian Aerospace Forces.

List of all changes can be found as usual on GitHub altogether with the source code. You can visually go through all changes on MapTiler Cloud hosting or download the data and styles from OpenMapTiles.com. 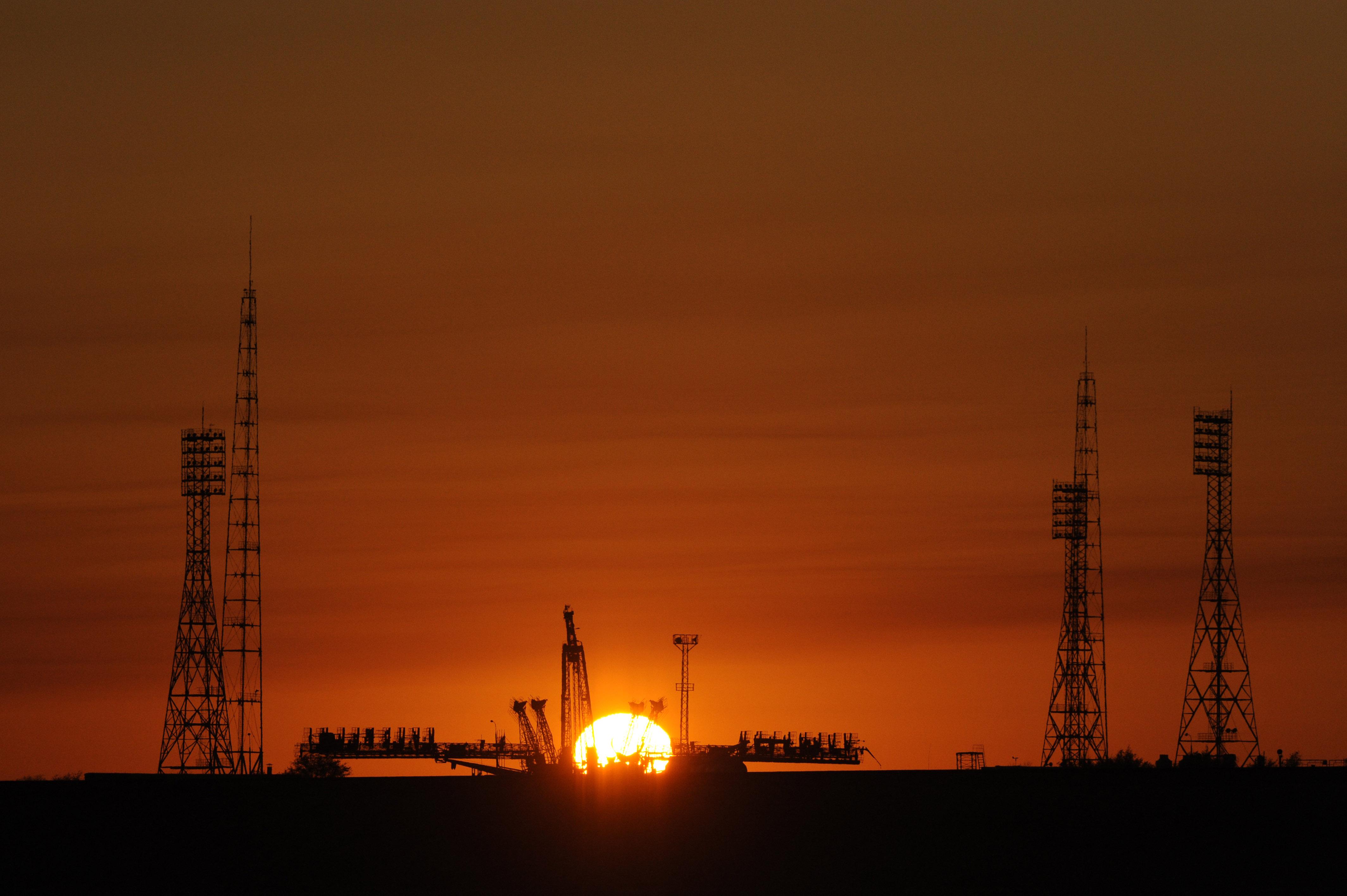 Baikonur Cosmodrome leased to Russia until 2050, is located in the heart of Kazakhstan.